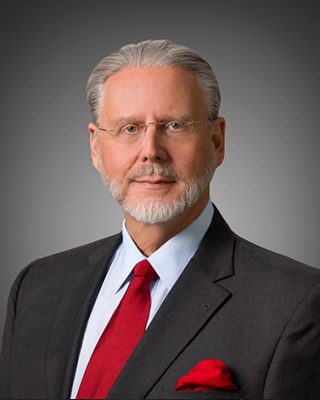 “I am honored to serve the people of North Louisiana.”

Jack Bailey was recently acknowledged as SuperLawyer Selectee 2018. Jack Bailey has been fighting for hurt workers and victims of negligence since 1977. His practice is solely prosecution and trial of personal injury, medical malpractice and workers compensation cases for people. Jack has built a reputation as a trial lawyer who genuinely cares about his clients.

He was born in Shreveport, Louisiana and he and his family live and work in the local community. He and his family have a vested interest in his good standing with the citizens of Northwest Louisiana.

With local perspective, Jack Bailey and his team approach every case with personal attention, detailed aggression and a strategy to win. Each case represents an opportunity to be the voice for victims of injury and a path to justice. He has been responsible for the prosecution of cases in other states such as Texas, Mississippi, Alabama, Georgia, Montana, California and others.

He takes client representation to a level that is difficult to find or duplicate and he is one of the few trial lawyers who focuses on the medical well-being and the quality of life of his clients.

Jack Bailey is a Personal Injury & Workers Compensation Specialists, which means you are hiring a highly experienced lawyer knowledgeable in navigating the intricacies of how these cases work together in the law.

Member of Center for Justice and Democracy

Award was given to a 56-firm consortium known as the Castano Group, which taking on the role of a private attorney general under California law, sued the tobacco industry and helped to win $25 million for the state.

A judgment of approximately $591 million which created a “court supervised smoking cessation program”.

Mr. Bailey and Mr. John Shub took the first deposition in which a tobacco executive or industry scientist admitted cigarettes cause cancer and are addictive. This deposition was of Jerry Whidby, Ph.D., Philip Morris’ Chief Scientist, taken in Richmond, VA in 2001.

In a 2001 deposition of John Campbell, President and CEO of Phillip Morris USA, Mr. Bailey and Paul Boncome of New Orleans obtained an admission that not only did Mr. Campbell not want his children to smoke, he taught his children not to smoke. This deposition also contained the first admission from an industry executive that his company’s product addicted and killed. Campbell admitted that his company’s product, when used as designed and intended by his customers, addicted and caused the death of his customers.

One of Mr. Bailey’s assignments in Scott was to examine Dr. DeNoble during mock trials and to prepare him for cross-examination by the Tobacco Lawyers. The Tobacco Companies had 5 lawyers prepared to cross Dr. DeNoble. After lunch, Mr. Gay, counsel for Philip Morris, stated, “my colleagues have prevailed me not to ask any more questions of Dr. DeNoble.”

Scott was the first court case where Dr. DeNoble testified about his experience as a Scientist in the cigarette industry. His testimony was one of the highlights of the plaintiff’s case.