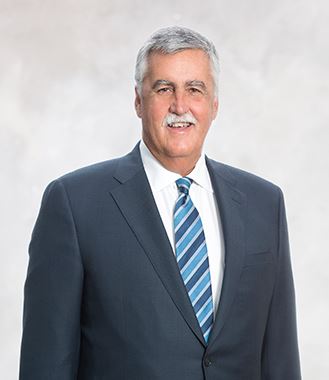 Willard J. Moody, Jr. is the President and senior attorney in The Moody Law Firm. The Moody Law Firm, Inc. is a Virginia law firm headquartered in Portsmouth, VA. Mr. Moody has been representing railroad workers and handling Federal Employers’ Liability Act claims since 1983 when he graduated from the T.C. Williams School of Law at the University of Richmond, Virginia. Since that time, he has been licensed to practice law in Virginia, North Carolina, West Virginia, and Florida. He is also admitted to practice in numerous Federal courts throughout the United States, U.S. Courts of Appeals, and the United States Supreme Court. He is past President of the Portsmouth Bar Association, a member of the Virginia Trial Lawyers Association, American Association for Justice (formerly The American Trial Lawyers Association), as well as past President of the Academy of Railway Labor Attorneys (ARLA). He currently continues to serve on the Board of Directors for the Academy of Railway Labor Attorneys and has served on the Committee for Occupational Diseases for ARLA in the past. He has achieved the highest rating available to an attorney with the Martindale Hubble Peer Review ratings for preeminent legal ability and overall professional excellence.

Mr. Moody was selected by the American Trial Lawyers to co-author the chapter on FELA claims in the ATLA publication “ATLA’s Litigating Tort Cases.” He is a member of the AAJ Litigation groups regarding Avandia, Reglan, and DePuy Hip Implants. He is also a member of the I’anson/Hoffman Inns of Court.